With tick season bursting out all over, GMA’s Wayne Anderson, ND, and Carolyn Welcome, PA-C recently sat down to review some basic information about Lyme disease.

WA: At GMA we see patients all the time with Lyme disease and co-infections. And now that warmer weather’s coming, the tick population will be booming. Yet there’s still a widespread notion that there’s no Lyme in California.

CW: Actually, infected ticks have been found in most of the 58 counties in California. Not only is there Lyme in our area, it’s increasing! Just last year a study was published (in the CDC’s Morbidity and Mortality Weekly Report) showing the rise of tick-borne infections on the Pacific Coast. Another well-publicized 2018 study (in the Canadian Journal of Infection Diseases and Medical Microbiology) described swelling tick populations in 15 other states due to rising temperatures.

WA:  Is there a peak season for ticks?

CW: It’s possible to get a tick bite YEAR-ROUND so prevention is really important. As we’ve touched on, climate change is bringing warmer temperatures year-round – so there are more ticks in the winter. That said, the nymphs tend to be most abundant in May through July, followed by the peak season for adults that lasts through late October.

WA: You mentioned prevention. What can people do to avoid being bitten by infected ticks?

They can spray their yards and avoid hiking through underbrush.

Avoid sitting on logs or walking through leaf litter. Stay on the trails!

People should check themselves and their children for ticks when they come in from being outdoors. Dogs and cats can carry ticks so it’s important to check and treat pets, too.

Wear protective clothing – make sure it’s light-colored so any ticks will be more visible. Ticks love the scalp and hairline so wear a hat to cover your head, and long pants with socks pulled over them. It’s not a fashionable look!

WA: What about tick repellent?

CW: Sprays and lotions containing DEET and permethrin are effective, and a variety of organic or natural herbal tick repellents are on the market as well.  Even if you use repellent, it’s still crucial to check for ticks.

WA: How should tick removal be handled?

CW:  Use sharp tweezers, firmly grasp the tick and pull straight up gently but firmly to avoid breaking it. Wash the area thoroughly with soap and water. Don’t use matches or nail polish remover!

Proper Way to Remove a Tick

How to Remove a Tick

WA: What about testing the tick?

CW: At GMA we recommend tickcheck.com. And there are other good options, like tickreport at UMass Amherst, as well as county public health labs and IgeneX Labs, which does a lot of Lyme testing.

Place tick into clean capped container or a zip-lock plastic bag. Place a piece of cotton or tissue moistened with tap water into the container with the tick. (Note: do not use alcohol, formalin or other liquids. Do not stick tick to scotch tape. These materials make testing for the Lyme organism unsatisfactory.)
Bring or ship tick to the laboratory as soon as possible.
If possible supply the following information:

WA: Does everyone with Lyme get the EM rash, also known as a bull’s-eye rash?

CW: No! While the classic bull’s-eye rash can help to make the diagnosis of Lyme disease, less than half of patients – only about 30% – will get it. And it doesn’t always have that textbook target-like appearance with central clearing. Lyme can cause other rashes, too.

WA: So how do we treat a new bite?

WA: Antibiotic therapy for 4 weeks remains the strongest prophylaxis, in my opinion. Most physicians use doxycycline with or without a second antibiotic from a different family, such as azithromycin. The two different mechanisms of action result in killing more bugs, and azithromycin covers some of the co-infections that doxycycline does not really address. If the patient is symptomatic, I’d treat for 3 months.

CW: For patients who cannot tolerate antibiotics there are herbal protocols, too, that can address an acute tick bite. The patient needs to stick with it for at least 3 weeks.

WA: Should patients wait for their test results to start treatment?

CW: No. Antibodies don’t show up in the blood until 1-3 weeks after a bite, and shortly thereafter the bugs have left the bloodstream and found their way to tissues and organs. (There is also a live culture for Lyme, but it takes 8-10 weeks to get the final results.) If you wait for a test to come back positive you may miss the chance to nip the infection in the bud.

WA: When patients ask why their primary care doctor won’t treat a tick bite, how do we answer?

CW: Lyme is a controversial diagnosis. And testing for Lyme remains imperfect -there’s no foolproof test or timing. But here’s a key point: as affirmed by the CDC and all Lyme-literate medical doctors, Lyme is A CLINICAL DIAGNOSIS – that is, based on history and symptoms. However, many mainstream doctors are reluctant to treat early on without a positive test result. The presentation doesn’t always line up neatly with the guidelines they’ve been given. And if a patient is symptomatic and doesn’t get better in 4 weeks’ time the conventional doctor may not know what to do.

WA: Getting back to the Lyme Literate MD (LLMD) vs. the traditional physician, can you talk about IDSA and ILADS?

WA: What are these two organizations and how do their viewpoints differ?

CW: When it comes to Lyme disease, there are definitely two camps represented by these two groups:

IDSA stands for The Infectious Diseases Society of America; it’s been around since 1963. Their current guidelines, published in 2006 and due to be updated next year (2020), recommend a single dose of doxycycline after a bite, or 7-28 days of antibiotics for symptomatic patients with positive test results. After that, any lingering symptoms are not considered to be caused by Lyme.

The International Lyme and Associated Disease Society (ILADS) was founded in 1999 to support physicians looking for more effective treatment of Lyme and its multiple co-infections, recognizing that these could be complicated and persistent diseases. The most recent ILADS treatment guidelines came out in 2014.

WA: You mentioned co-infections. What are some of the most common that our patients should be aware of?

CW: Bartonella and Babesia are very common (sometimes referred to as Babinella).  Babesia is a red blood cell parasite, similar to malaria. Bartonella is a bacterial infection, as is Lyme. There are lots of different Bartonella-like organisms, and we run into a problem with testing here, because tests haven’t been devised for all the different strains. This is true of Lyme as well. Tests for Borrelia miyamotoi, for example, are a fairly recent addition.

Other co-infections include Ehrlichiosis, Anaplasmosis, Mycoplasma, and Chlamydia. We’re seeing more Rocky Mountain Spotted Fever and other rickettsial infections, too.

WA: These infections tend to come together.  I usually see patients with multiple infections rather than just one.

CW: That’s been true in my practice as well, on both coasts.

WA: What about the cumulative effects of Lyme exposures for the patient who’s had multiple bites?

CW: Great question. For many of our patients there is a cumulative effect. They might not get sick after the first exposure. Their immune system is able to keep Lyme at bay. With the second they may have symptoms but respond quickly to treatment.

WA: By the third time their immune system is struggling to suppress Lyme infection, and their symptoms may be more widespread and persistent, harder to clear.

WA: Summing it up?

CW: Treated early, Lyme can be managed very well. Waiting until you are sick is not advisable. And prevention is really important, because you can be re-infected. 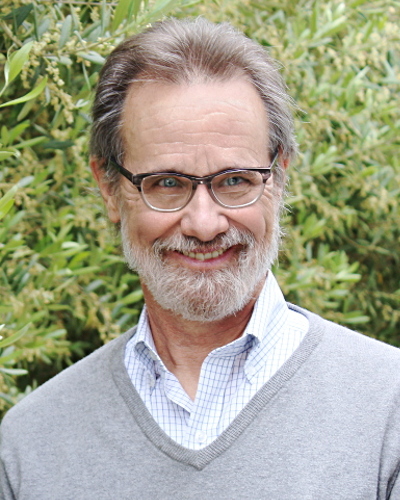 Naturopathic Doctor/Independent Practitioner
“Patient care must integrate mind and body, incorporating the strengths of alternative and conventional medicine, and tailoring a program that recognizes the uniqueness of each person.” For more than 25 years, Dr. Anderson has known that his patients are partners in the process of learning about and treating their illness, whether they choose conventional or alternative medicine or a combination of both. He listens to understand each patient’s strengths and challenges and improve his effective interaction with them. He sees every person as complex, integrated, and unique, and believes that treatment should optimize health and well-being.
Lyme Disease Treatment at GMA