Mast Cells turn violet with the classic stain used to identify them.

Dr. Theoharides (AKA – “The Mast Cell Master”), “Mast cells are the “universal alarm cell” that starts the inflammatory cascade. They can be triggered by infection, allergens, environmental factors like pollution, or even emotional stress. Once that happens, mast cells set into motion a series of inflammatory reactions, including the activation of immune cells and the release of tumor necrosis factor-alpha (TNF-alpha), a pro-inflammatory protein, or cytokine.”

MCAS is part of a spectrum of conditions called Mast Cell Activation Disorders (MCAD).  MCAS is a condition in which the mast cells of the body release excessive amounts of inflammatory chemicals in response to triggers. The release of these chemicals causes a variety of allergy-like symptoms, even though you may or may not have a testable allergy. It is similar in symptoms to Systemic Mastocytosis (SM), but in SM there are an excessive number of mast cells produced in the body, while in MCAS, there are the normal number of mast cells, but they are more reactive than normal. Either condition may have reactions that are acute or chronic, easily managed or more severe.

More on What is Mast Cell Activation Syndrome (MCAS), by Lawrence B. Afrin, MD

Mast cells are immune cells involved in multiple health and disease states. They are regulating cells, mediating protective and inflammatory chemistry when presented with allergens or other triggers. Mast cells have been found to participate in other immune activities, including autoimmune disease and innate and adaptive immune response, including immune tolerance.

Mast cells are found in all the tissues of the body, but particularly in the surface of the skin, near blood vessels and lymphatic vessels, within nerves, throughout the respiratory system, and in the digestive and urinary tracts, predominantly at the border between the individual and the external environment. Mast cells can be involved in some allergies, asthma, skin disease, depression, anxiety, brain inflammation, irritable bowel and irritable bladder, general inflammation, cardiovascular issues, Rheumatoid Arthritis, Lupus, even certain cancers.

How Do Mast Cells Cause Symptoms?

Dr. Theoharides (AKA – “The Mast Cell Master”), “Mast cells are the “universal alarm cell” that starts the inflammatory cascade. They can be triggered by infection, allergens, environmental factors like pollution, or even emotional stress. Once that happens, mast cells set into motion a series of inflammatory reactions, including the activation of immune cells and the release of tumor necrosis factor-alpha (TNF-alpha), a pro-inflammatory protein, or cytokine.”

Mast cells store chemical mediators in storage granules within the cell. These mediators include histamine, leukotrienes, prostaglandins, heparin, TNF-alpha, IL-4, IL-15 enzymes, proteases, and hormones such as serotonin and dopamine. This means that the mast cells can have effects on many different types of tissue, and in many types of bodily reactions to the release of those chemicals.

Mast cell granule contents are released through a process called degranulation. Activation through stimulation of the mast cell with specific triggers causes the the cell to release the stored contents through degranulation.  The chemicals released by the mast cells cause the symptoms seen in mast cell reactions, such as flushing, swelling, itching, trouble breathing, etc. Because the mast cells contain so many different mediators, the symptoms will depend on what chemical is released, and where. When activated, a mast cell can either selectively release mediators or rapidly release a less selective group of mediators.

Mast cells are unique in that they are able to regranulate after the release of mediators, so they can cause reactions more than one time.

In Mast Cell Activation Syndrome, it is believed that the mast cells become overly activated in response to triggers, thereby releasing more chemicals than is usual in the healthy individual. It is not yet known why this happens, but it is believed that infections (including Lyme disease) or other chronic stressors may cause the hypersensitivity to stimuli.

What Kind of Symptoms Does Mast Cell Activation Cause?

Because mast cells are present in so many tissues, activation can cause a very wide range of symptoms. Patients may have only a few symptoms and be very functional, or they may have many and be very disabled. Symptoms can also be acute, including anaphylaxis, or they may be chronic. Any individual can have any combination of these issues, and it can change at any time.  Only a few of the more typical symptoms are listed below.

Some, but not all patients with MCAS will have occasional, or even frequent episodes of anaphylaxis. This information is for those patients.

The following resources are from the American Academy of Allergy, Asthma, and Immunology

Anaphylaxis is a serious allergic response that often involves swelling, hives, lowered blood pressure and in severe cases, shock. If anaphylactic shock isn’t treated immediately, it can be fatal.

A major difference between anaphylaxis and other allergic reactions is that anaphylaxis typically involves more than one system of the body.

Symptoms usually start within 5 to 30 minutes of coming into contact with an allergen (or trigger) to which an individual is allergic (or sensitized). In some cases, however, it may take more than an hour to notice anaphylactic symptoms. Warning signs may include:

Only a few symptoms may be present. Severity of symptoms can change quickly. *Some symptoms can be life-threatening. ACT FAST! Use your anaphylaxis action plan!

Please note that any patient with a mast cell disorder can potentially react to any trigger, and triggers can change over the course of the disease. In addition, patients may experience reactions to virtually any medications or supplements, including those that they have tolerated previously. Common medication reactions in mast cell disorder patients include, but are not limited to: opioids, antibiotics, NSAIDs, alcohol-containing medicines and intravenous vancomycin. Patients commonly react to things no one around them is able to notice, such as slight odors, vibration, additives in food or medicine, or electromagnetic fields (EMFs). Some even react to their own body secretions like tears or sweat.

How Is MCAS Treated?

The most important step in treatment is finding your individual triggers, and avoiding them when possible. This can mean foods, scents, weather, activities, and other exposures. There is no one diet that works for all MCAS patients. It is more important to find your own specific food triggers, as with all potential triggers. An elimination diet can be very helpful in identifying foods you react to. While you may have some IgE allergic reactions to foods, many MCAS triggers are non-IgE in nature, and are there for not able to be tested for with standard allergy tests. Keeping a diary or using a symptom app that allows tracking possible triggers may be helpful in identifying your reactions. Not all reactions are immediate, so pay attention to the hours and days before the reaction.

While avoidance of triggers can be an important aspect of therapy, it can also have the potential to make you more sensitive. Talk with your practitioner about how to prevent an increase in sensitivities that creates excessive eliminations of foods in particular. It is essential to be able to eat as wide a diet as possible while taking into account any reactions.

Usual baseline treatment is through the use of H1 and H2 blockers, or antihistamines. H1 and H2 blockers have a synergistic effect, so are usually taken together. As with everything in MCAS, patient response is individual, and some experimenting may be necessary to find the optimal medication and dose. Patients may also need additional treatment beyond antihistamines, depending on symptoms. Mast cell inhibitors like Gastrocrom (cromylyn sodium), ketotifen (compounded), or quercitin may be tried. Some patients will do well with leukotriene inhibitors like Singular (monteleukast.)

Some patients find symptom improvement with the use of IV fluids.

Treatments targeted at symptoms of itching, asthma, GI symptoms, and more may be employed. Speak with your practitioner about what would be best in your individual situation.

Because of the potential for changes in severity of the illness, it may be recommended that patients carry an Epipen and be trained in it’s use.

Patients can potentially have a reaction to surgical procedures or dental procedures, even minor ones. Some may even have reactions to scans such as MRI (noise and contrast) or CT Scans (contrast.) The Mastocytosis Society (TMS) has a Pre-medication Protocol included in the Emergency Room Guide for such events that has been effective at controlling such reactions for many patients. If you feel this would be helpful for you, discuss it with your practitioner and make a specific plan for your needs.

Trips to the Emergency Room can be difficult for MCAS patients due to the multiple exposures possible and the potential for procedures and medications being administered. TMS has an Emergency Room Guide available. This plan is a guide to help you create a plan to be filled out with your practitioner in order to make any Emergency Room visits easier.

Audio and Video on MCAS 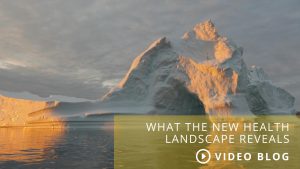 What Your Doctor May Not Know

Chronic illness is all about the individual patient – there is nothing “cookie-cutter” about it. There are many underlying diagnostics…so many known and yet to be understood causes of what 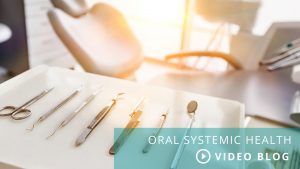 How Do We Get a Patient Ready for Dental Surgery?

Part 2 of 2: Gordon Medical Systemic Dentist, Alireza Panahpour, DDS, discusses how patients must be prepared and protected before and after dental surgery. From a talk on Oral Systemic 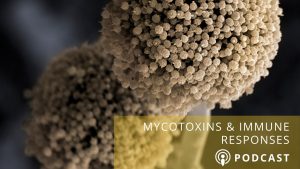 Dr. Gordon joins the Natural Evolution Podcast with Michael Roesslein, for another episode in this 2-part series diving into the nuances of mycotoxins and immune responses – including how to